Netrun27 is now out everywhere (itch.io (DRM free), Apple App Store, Google Play Store) and I wanted to do a big rundown of all the changes made up to now. 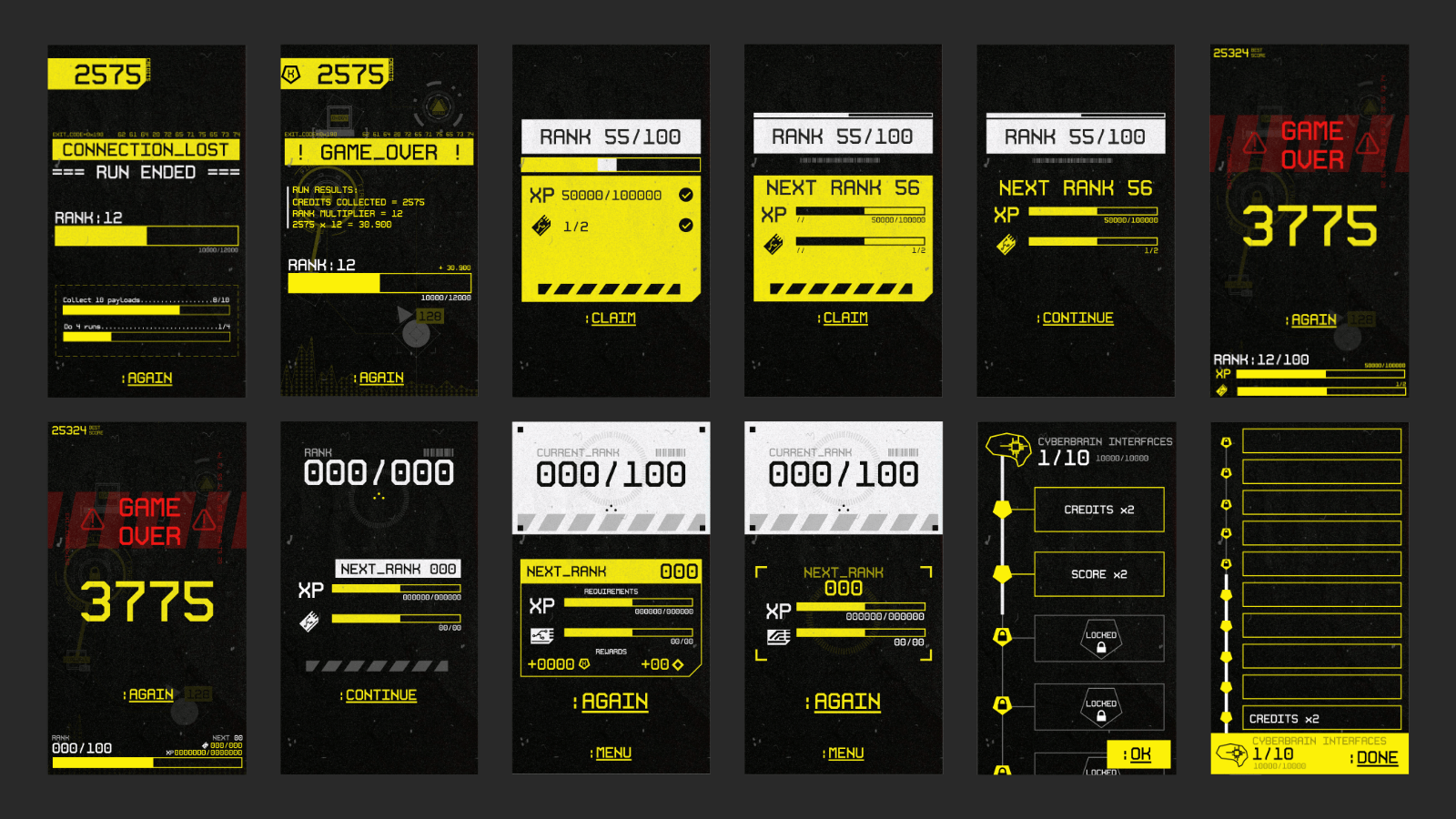 One of the problems the game had from the beginning is that it lacked an objective. It was just the classic highscore you could aim for. To solve this I did a lot of experiments with all the usual things: levels, ranks and experience systems. But it didn’t really work. 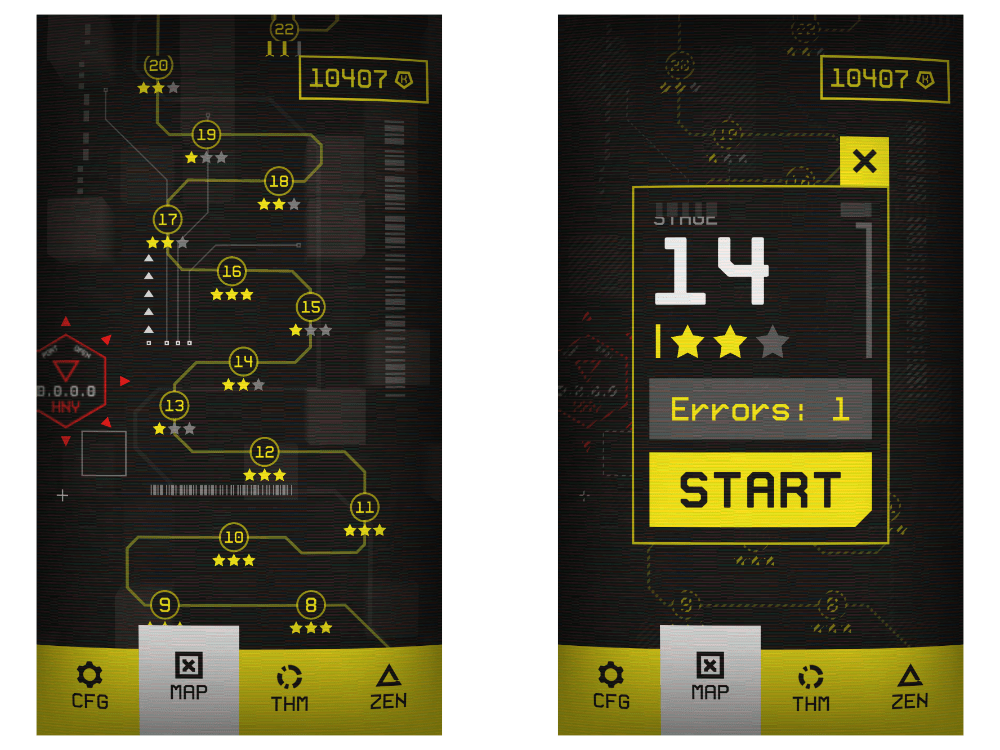 Eventually levels got added. With the infinite version renamed to “ZEN” still playable as an alternative mode for player to choose. Zen mode is also the main way to obtain credits, which can be used to unlock skins and the newly added buffs. More ways to get credits are coming soon ;)

The score x3 buff in action 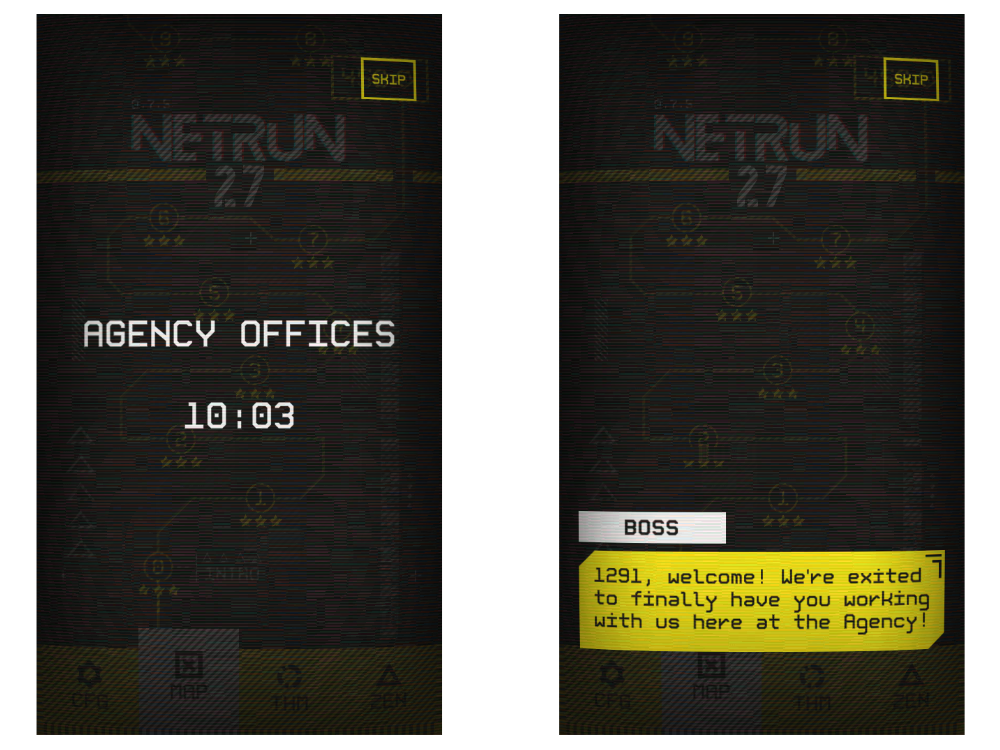 And now finally “story mode” is here too.

Story mode also brings other changes with it. Level’s rating in stars is now based on the amount of errors instead of time taken to complete it. This is more balanced both towards newer players and advanced ones. The time challenges as they were will probably return in the future as an alternate mode unlocked by completing the main story.

The story is about corporate espionage, set in a dystopian future following the cyberpunk aesthetic of the game. The protagonists stumble upon something that a megacorporation did not want people to find.

This update brings the first part of the story, the second part will come after the holidays. And along with that a lot more features will also be added. Stay tuned!

Other changes from the last updates include special skins only available during select times of the year like christmas or halloween. With more planned for other times of the year. Keep an eye out!

There’s also tons of upcoming features already planned and in development. The game will also have a discounted price during the holidays. It’s the perfect time to get it!

To support me and the game you can buy the game on itch.io with a tip or donate on Patreon where you can also get update like these before anyone else, chances to decide things with patreon exclusive polls and sometimes even early access to beta builds!

Netrunners find something they weren't supposed to find during corporate espionage